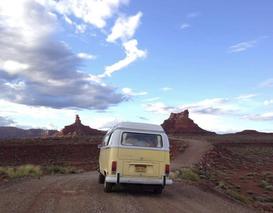 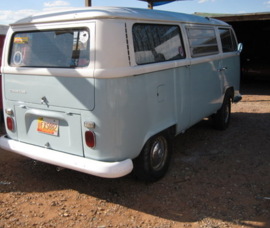 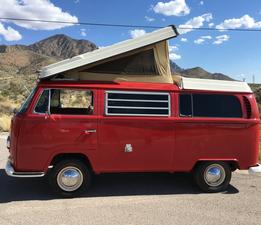 A year ago I began my quest for a VW camper. I wanted to introduce my young children to a more exciting and memorable way of travel.  Being from Mexico City and now in California and having previously owned VW's I knew exactly what I was looking for.  When I first saw Michael's 1969 VW camper, I was impressed with the vehicle's mint condition.  I contacted him right away and  expressed my interest and wanted more details of the vehicle's history.  Michael described "Ruby" as a part of his finest work!  He offered an honest detailed account of the work, maintenance and upgrades the vehicle had received.  Given his professionalism and honesty, I made my decision instantly.  Mid-month and with only three days available in my busy week I arranged to fly into New Mexico in quest for "Ruby."  It felt like a quest for treasure!  Once I arrived Michael facilitated my exchange of ownership and departure as planned, and without any complications "RUBY"  was on her way to California!   The true treasure I discovered here is having met an individual who has true passion and integrity for his work and who cares for the safety of his customers. Michael, I'm grateful to have met you and look forward to allowing "Ruby" to search for more adventures.   Connie R., Los Angeles, CA

A few years ago I bought a '69 Volkswagen Camper from Michael.  I wanted to have some memorable experiences driving around in that VW bus.  Little did I know that just buying it and fixing it up until it was "just right" was going to be an experience in itself!  I ended up driving that bus to Austin, Chicago, and Guanajuato and San Carlos in Mexico.  Michael followed my progress and wanted to know how the bus was performing every mile of the way.  When you buy a vehicle from Michael, you get an experience and a relationship too.  That's the way it should be!  His vehicles have personalities...they are like people.  Larry S., Las Cruces NM 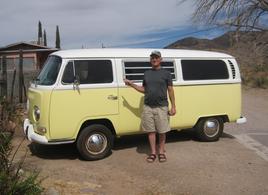